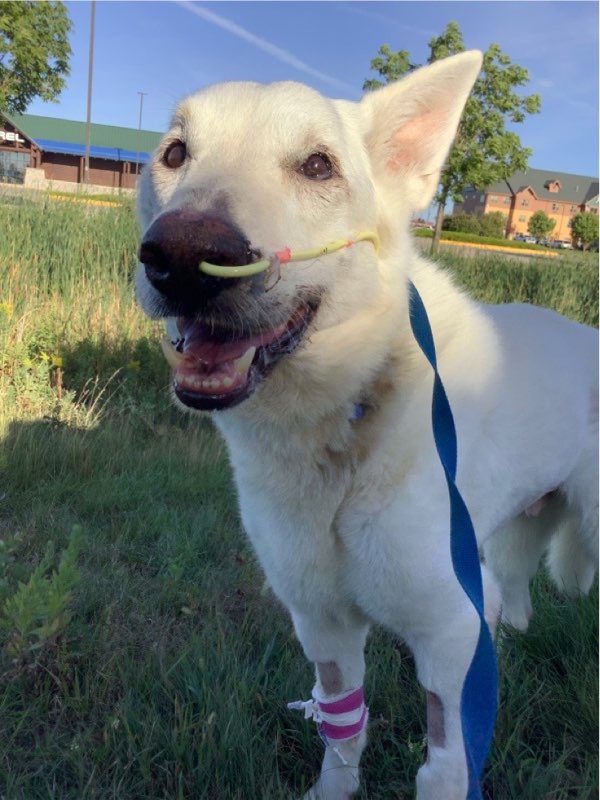 Koopa is an adult German Shepherd who came to RRAEH in September ’22 for continued vomiting. Koopa also had a prior history with us as he was seen a year before for severe dehydration after being boarded, and he had a month’s long history of excessive thirst and urination. During that time, his dehydration was corrected but there were suspicions for an underlying condition causing his increased thirst and urination. His doctor had a list of rule-outs and one was nephrogenic diabetes insipidus because he also had a concurrent UTI.

· Diabetes Insipidus (DI) differs from Diabetes Mellitus (DM) as DI is the inability to concentrate urine properly and DM is high blood sugar.

This was ultimately not fully worked up with us because his dehydration corrected quickly with IV fluids. Fast forward to his latest incidence with vomiting and dehydration, he was still having increased thirst and urination at home. Although during this visit, he was diagnosed with an intestinal foreign body requiring surgery.

He was admitted into the hospital and had an exploratory surgery that was successful in removing his foreign material, however, he was slow to recover and stayed in hospital for a total of 7 days. Koopa did not want to eat or drink and was receiving a specific mixture of IVFs as well as nutrition and water supplementation through a feeding tube. Our main complication was not surgically related but due to severe hypernatremia that was a struggle to control caused by his suspected Diabetes Insipidus (DI). IV fluid orders were often changing and his electrolytes had to be monitored extremely closely. Koopa was essentially urinating more fluid than we could give him. His doctor made the decision to trial him on Desmopressin drops (a type of medication that central DI responds to). If a patient has this medical disorder, Desmopressin will reduce thirst, decrease urination, and improve urine concentration. He responded very quickly and had almost immediately improved blood values.

Due to how high his sodium level was, sudden decrease could put him at risk for tremors, seizures, and cerebral edema. After a couple of days of further hospitalization for post-op care and blood work monitoring, Koop had a seizure in the middle of the night and a second seizure that afternoon. At this point, an anti-seizure medication was started to try to control any further seizure activity. Despite these complications with regulating his now diagnosed DI, he was recovering well from his surgery and had his appetite back. Finally on the 7th day, he had no more seizures, he continued to eat readily, and his bloodwork remained normalized – he was ready for discharge! He went home with many medications to continue but did very well at home. He now continues to receive Desmopressin drops and his DI remains regulated on it. His owner reports that he acts like a puppy again, and both he and his owner are relieved to see a reduction in the amount of drinking and bathroom trips.

· He is super lazy and loves to cuddle & snuggle

· He loves the outdoors, car rides, and doggy daycare

· He adores cats and even thinks of himself as one

· He hates baths or being wet

· He is a big baby and a heart melter 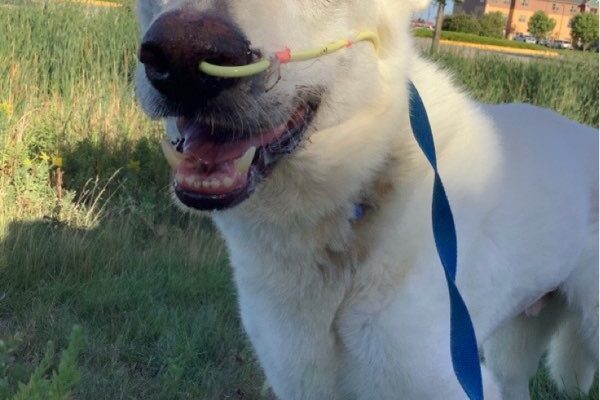 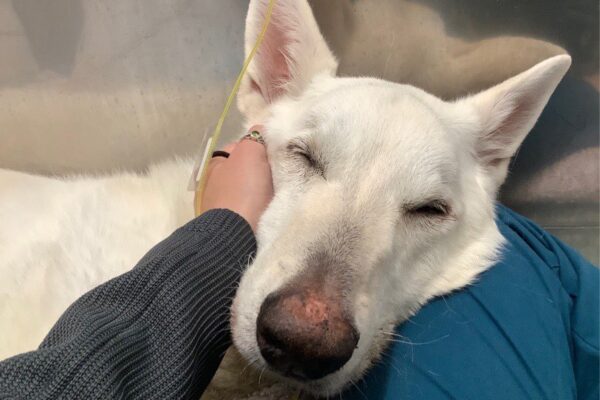 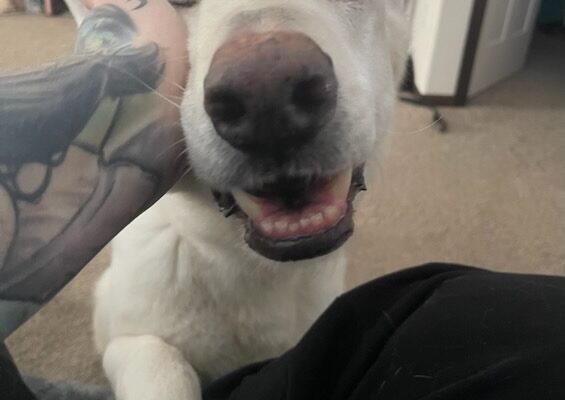 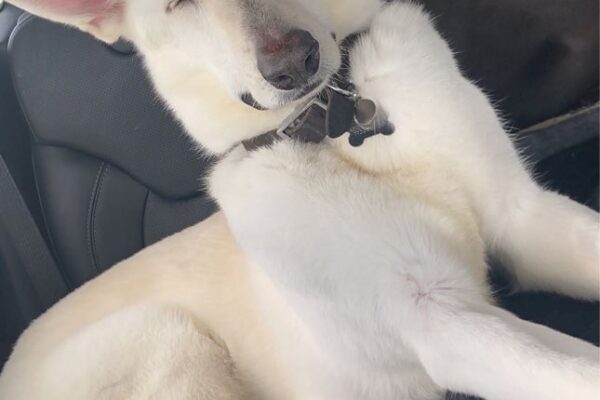 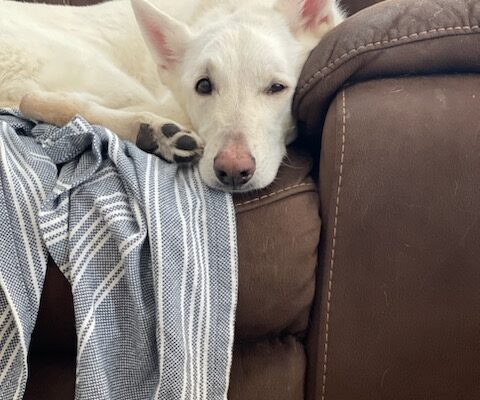