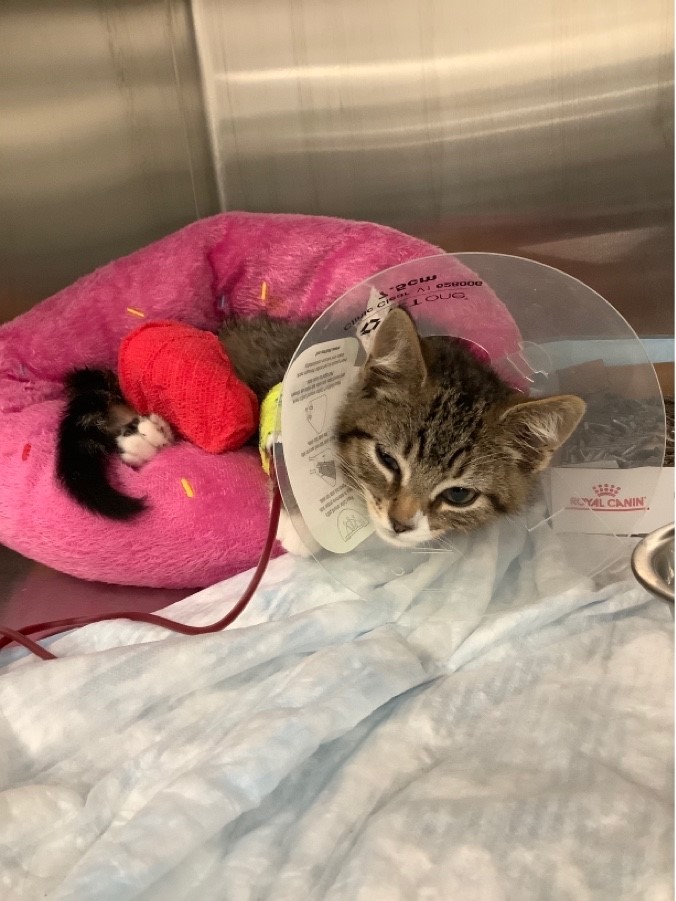 Trotsky was a 2 month old kitten that was found as a stray and brought in to RRAEH in June of this year. After his examination, he was found to have an open fracture of his right rear leg that led to severe necrosis and infection. Due to the extent of his injury, his doctor recommended an immediate rear limb amputation. His owner decided to proceed with this care and Trotsky’s initial bloodwork showed a moderately low red blood cell count (anemia). He was treated with IV pain medications, antibiotics, and fluid support. Surgery was performed without complications, however, his anemia had slightly worsened after so he received a blood transfusion to hopefully improve his red blood cell count. (He was given a whopping 15ml of blood which is the equivalent of 1 tablespoon!)

After a day and a half of hospitalization his anemia had stabilized and he was given the okay to continue healing at home. His anemia has since resolved and he has gone on to live the good and comfortable life in a cozy home with multiple other cat and dog siblings. He enjoys playing, eating, and helping his humans with the dishes.