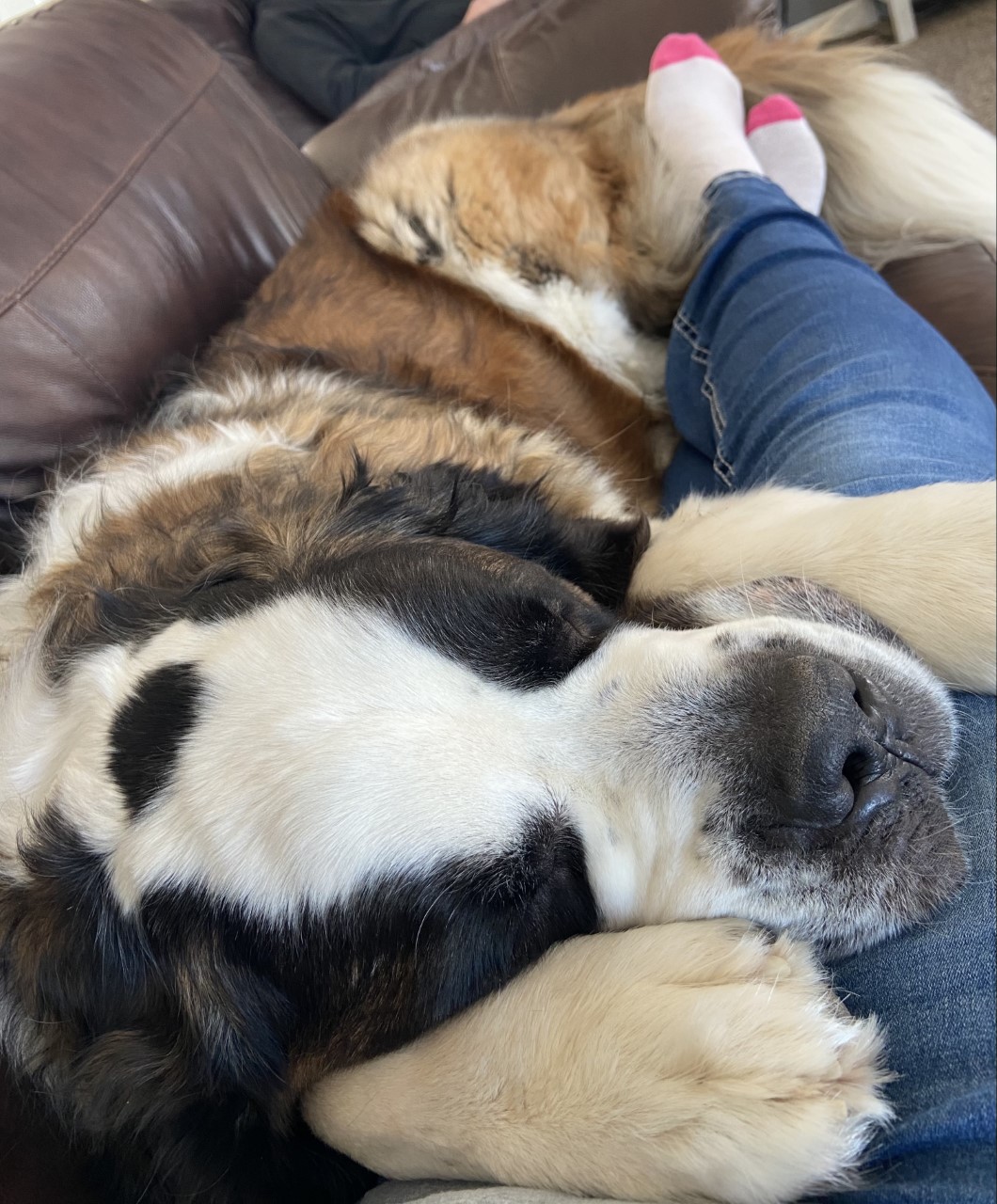 Larry is a 4.5 year old St. Bernard that arrived as a transfer to RRAEH the night of 11/30/21. Larry had a suspected intestinal obstruction with a history of inappetence and vomiting off/on for nearly a week. After bloodwork showed he was stable for anesthesia, he went into an emergency exploratory surgery. During surgery his doctor, Dr. Griep, found extremely hard material impacted at his cecum (the cecum is basically a pouch connecting the small intestine to the large intestine) and at 3 additional spots throughout the large intestine. She manually broke down the impactions as much as possible and as careful as possible, as surgical removal was not an option for this part of the GI tract.

After recovery from surgery he had multiple scheduled enemas in hospital and also received IV fluid therapy and any necessary medications. One specific medication we used during his treatment was called Golytely, a strong type of laxative that we give continuously through a feeding tube. After a couple of days later, he finally passed a large amount of stool containing silage! We found this was the cause of his impactions and thoroughly instructed him to stay away from the cattle feed from now on. J

On day three he began eating again and was weaned off of IV pain medications. He was later discharged where he continued to recover at home with oral medications. Now, his owners report that he is still doing well and included some of Larry’s favorite things: walking himself on leisure walks, snuggling his humans, chewing his favorite toy (his hedgie), and hanging out with his little brother Bruce.

“Our trip to RRAEH was top notch. We loved getting our daily pictures….it helped put our nerves at ease when we couldn’t be with him.”