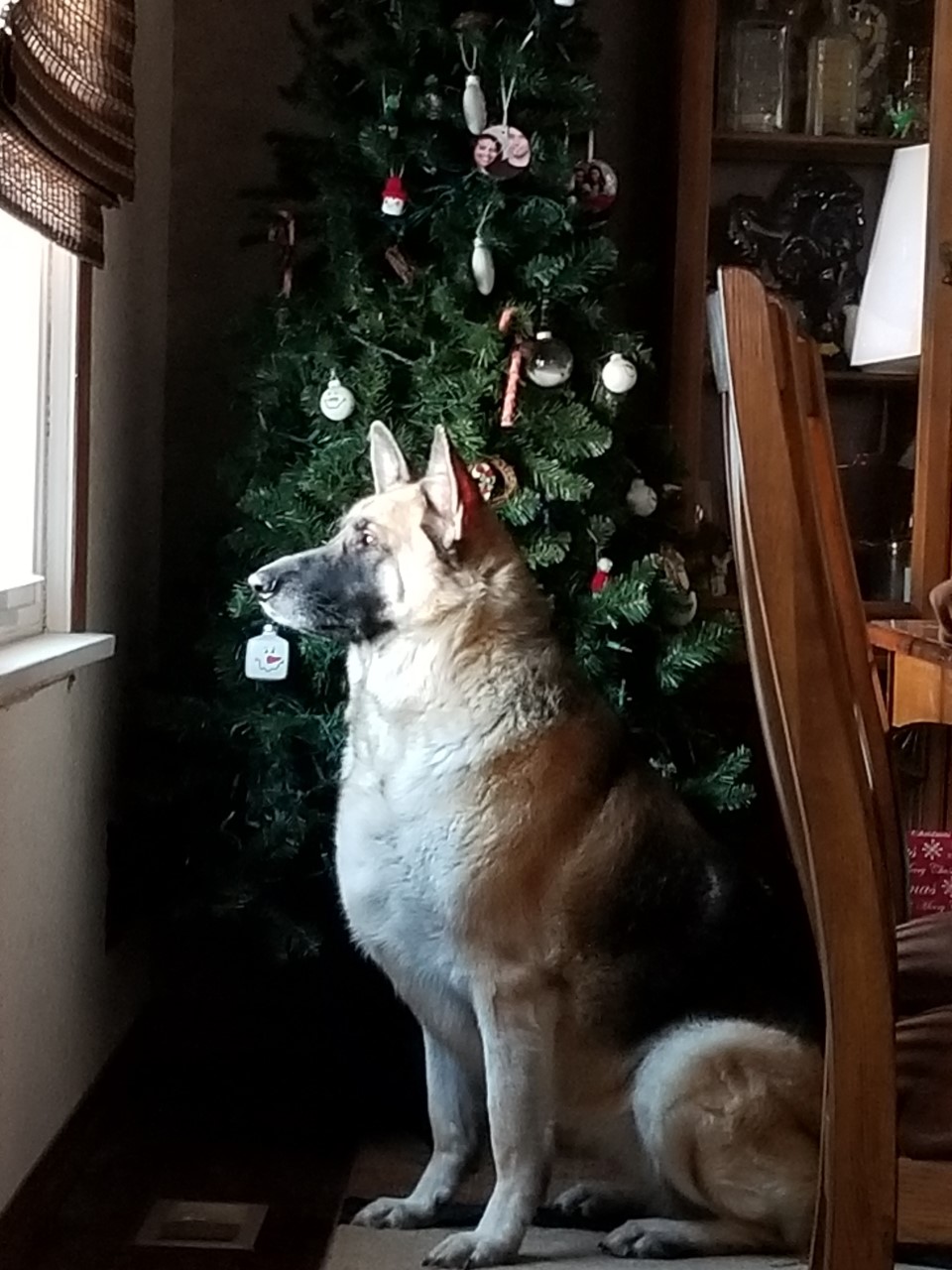 Rue presented to RRAEH as a referral for fever, lethargy, and decreased appetite for a significant amount of time. Despite getting treated with several medications to help, her symptoms were still prominent. Upon ultrasound examination with Dr. Carver, abdominal fluid was noted and her gall bladder looked abnormal. Fluid samples were collected and sent off for evaluation.

We suggested a CT scan of Rue to try to target the main issue. CT scans revealed Rue had a possible ruptured gallbladder and needed surgery immediately. In surgery, Dr. Carver isolated her gall bladder and confirmed the rupture and that it needed to be removed which was a very risky and complex surgery. In total, the surgery lasted around 3 hours. Dr. Carver had to place a drain in Rue’s abdomen to help clear any excess fluid from building up.

After surgery, a nasogastric tube (feeding tube through the nose to the stomach) was placed to help provide her with proper nutrition until she was able to eat again. Being as it was an invasive surgery, Rue had to be hospitalized for several days to closely monitor her. We had to make sure that she was healing properly and no further symptoms progressed. Rue slowly began to recover from surgery. There was no fluid coming from her abdominal drain, she was starting to eat, and she began to get stronger. After around 5 days in hospital, her tubes and drains were removed and she was able to be discharged to her family. Her family now reports that she is doing fantastic at home.

“Rue is doing absolutely amazing!!! BIG THANK YOU to Dr. Carver and the staff at Red River Emergency Hospital.  You saved our dog and for that we are forever grateful.” – Rue’s Family