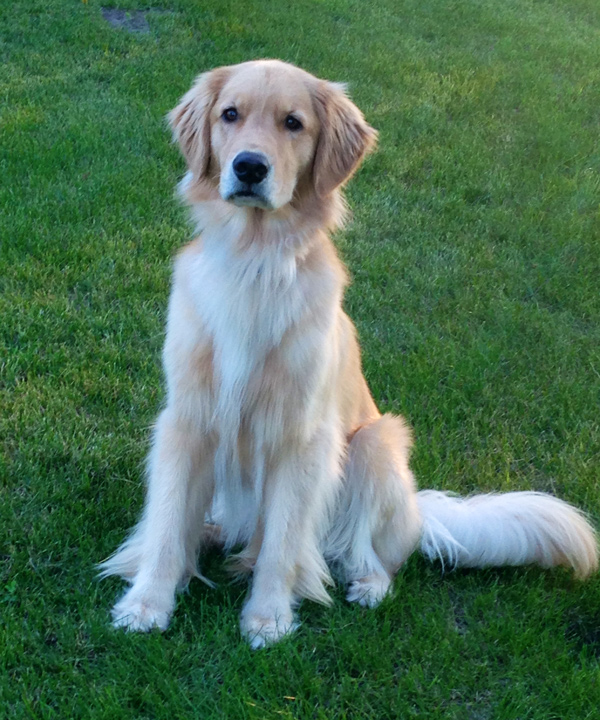 A handsome golden retriever named Ranger came to see us late in the evening because he was vomiting throughout the day and previous night. We took x-rays and found gas and fluid in the stomach. What drew the doctor’s eye was a small object near the entrance to the small intestines. The doctor recommended an endoscopic examination because the object seemed to be located in the stomach.

The clinic had recently obtained a new piece of equipment called an endoscope. It is a long tube with a camera at the end that can be used to get pictures and video from the inside of a patient. Other instruments can be run through the scope to take samples or even grab and pull out items!

After a bit of sedation, Ranger fell asleep, and the doctor ran the endoscope through the mouth, down the esophagus, and into the stomach. Among the pink walls of the stomach, a large strip of black plastic stood out. The doctor was able to grasp the plastic and pull it out from Ranger’s stomach using an attachment from the endoscope. The first endoscope use was a success. Even though the plastic was out, the doctor used the endoscope once more to make sure there were no other lesions or foreign material in the stomach. Thankfully, there were none. Ranger stayed overnight to recover. He did well the rest of the night and went home with his family the following morning!