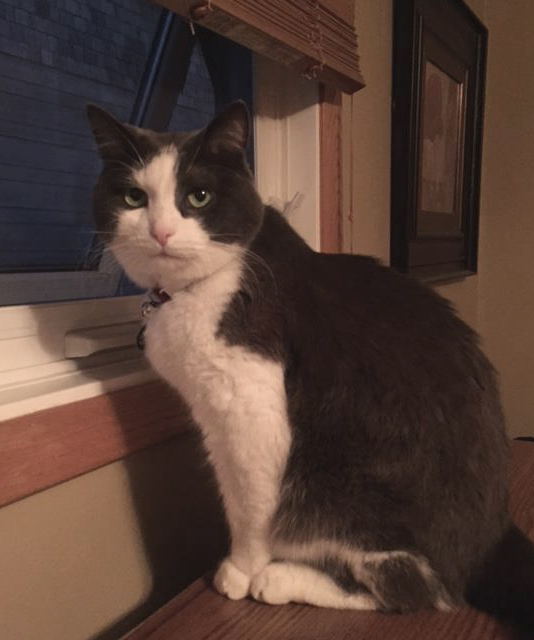 Putz came to RRAEC in late 2016. His owners were concerned about him because he was vomiting and not eating or going to the bathroom.

Upon examination, Putz’s vitals were normal, but he was a little dehydrated. We ran some lab work, took x-rays, and did an ultrasound to see what was going on with Putz. The results of his work up showed that he had kidney failure to the point where his body couldn’t manage it on its own, as well as a severe degenerative joint disease in one of his legs and a possible urinary tract infection.

Putz was hospitalized; we started him on medications and IV fluids for the night. He also had a feeding tube placed so we could ensure he was getting the proper nutrition that he needed. We continued to monitor his blood work and kidney function. After 24 hours in the hospital, the doctor started becoming more optimistic about Putz’s medical status. He stayed in the hospital another day and then was able to go home.

Putz’s owners said he is doing great! His appetite has increased, and he is keeping weight on, drinking lots of water, and wanting to play with his toys. We are so glad to hear that! Way to go Putz.