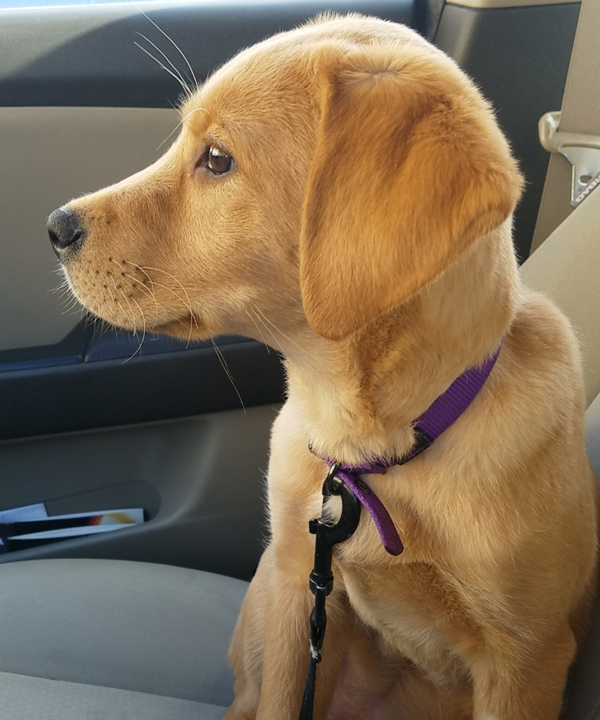 Fable was an adorable yellow Labrador retriever who came to see us as a puppy. She had been vomiting and having diarrhea for a day. She still wanted to eat some food but was increasingly lethargic. Even though she had a set of vaccinations, we immediately tested for canine parvovirus. Unfortunately, Fable’s result was positive.

An extremely contagious virus causes canine parvovirus and targets an infected dog’s gastrointestinal tract. Unvaccinated dogs and young puppies are the most susceptible to this disease. The virus is spread through contaminated feces and can survive in the environment despite heat, cold, humidity, and dry spells. Vaccinations can prevent canine parvovirus, but there is no drug to treat it directly.

Fable stayed with us and her regular veterinary clinic for several days and nights. Since there are no medications or drugs that destroy parvovirus, treatment consists of supportive care until the immune system can combat the virus. We gave her intravenous fluids and medications throughout her stay to do just that.

During her hospitalization, Fable began to show no interest in food. We placed a nasogastric feeding tube in order to give her the sustenance her body needed. On her third night with us, Fable was more energetic. She returned to her regular clinic where she was later discharged to go home with her family. Now she has returned to being an active, happy puppy!