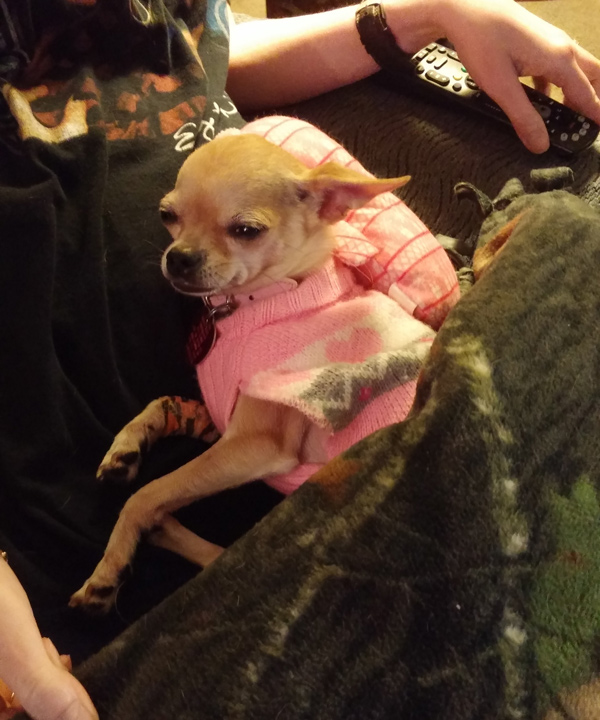 Chichi came to RRAEC in 2016 for a possible ingestion of her owner’s medication. Chichi’s owners did not see her eat the pills, but after consulting with the Pet Poison Helpline, our doctors decided that Chichi’s symptoms were consistent with the ingestion of the medication.

Upon arriving at the clinic, Chichi’s symptoms included shaking, crying, drooling, and incoordination. The ingestion of a single 20 mg tablet was a potentially fatal dose of this medication to a dog Chichi’s size. We started Chichi on medications, IV fluids, and oxygen therapy.

Throughout the night Chichi developed a cough that became more persistent, the doctor was becoming increasingly concerned about Chichi so we took some x-rays. Her lungs looked good, but because Chichi wasn’t getting enough oxygen we intubated her and placed her on a ventilator (a machine that breathes for her) so that she could get a good amount of oxygen in her body. She was on the ventilator for about an hour, then she was taken off as she was breathing on her own. Chichi stayed in the hospital for a few days, transferring from RRAEC to her regular day clinic. Finally, she got to go home, and her owners say she’s doing great!