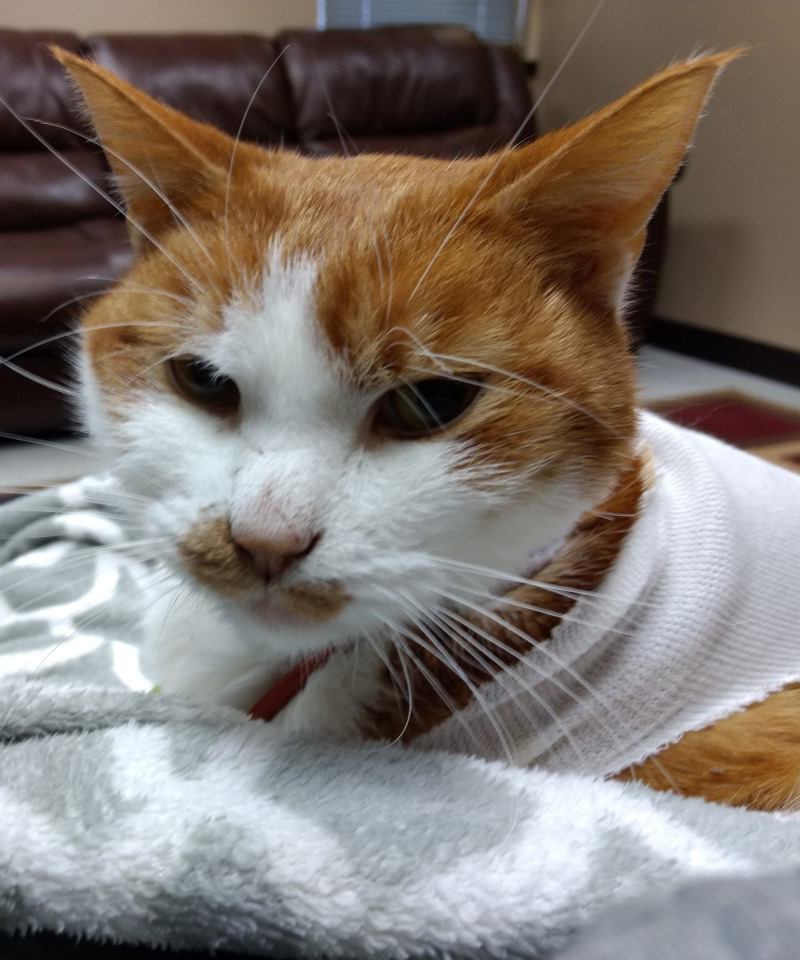 Prince first came to RRAEC in November 2017 for inflammation of the liver, pancreas, and small intestine which is also known as triaditis. Prince was not eating and losing weight rapidly. He had to be hospitalized and put on IV fluids. Along with being put on an IV, Prince had to have a feeding tube to supplement him with nutrients because he was still not eating. He spent the next few days transferring back to his regular vet and RRAEC.

As the weekend progressed, Prince’s condition began to rapidly decline. His bloodwork showed abnormal blood glucose levels and he was anemic. Prince needed a blood transfusion to help. After the transfusion, his condition began to improve significantly. Prince still needed his feeding tube in but he continued to do well so he was able to go home with his owner later that day. But that’s not where Prince’s story ends. He actually returned to the clinic several more times due to the fact that his feeding tube kept clogging.

Prince spent a total of 7 days in and out of the clinic being hospitalized and trying to unclog his feeding tube. As of today, Prince no longer requires a feeding tube and is doing excellent at home with his family. (Bottom right picture shows no more feeding tube and eating on his own!) 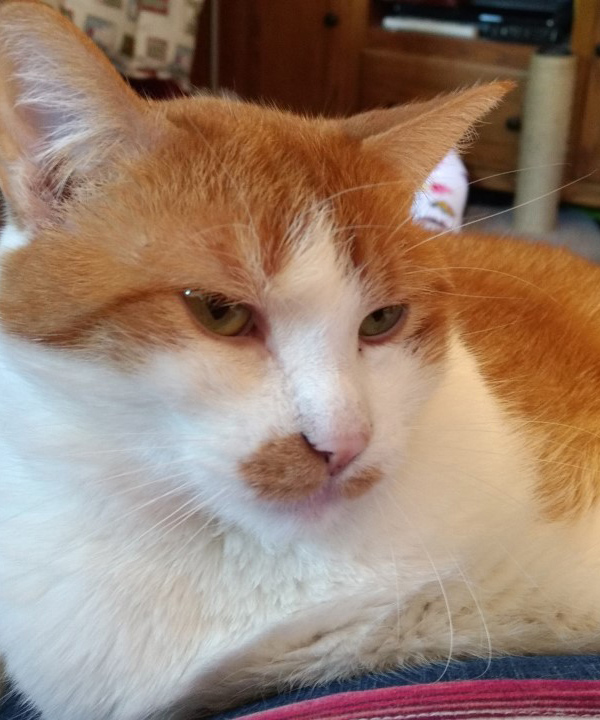