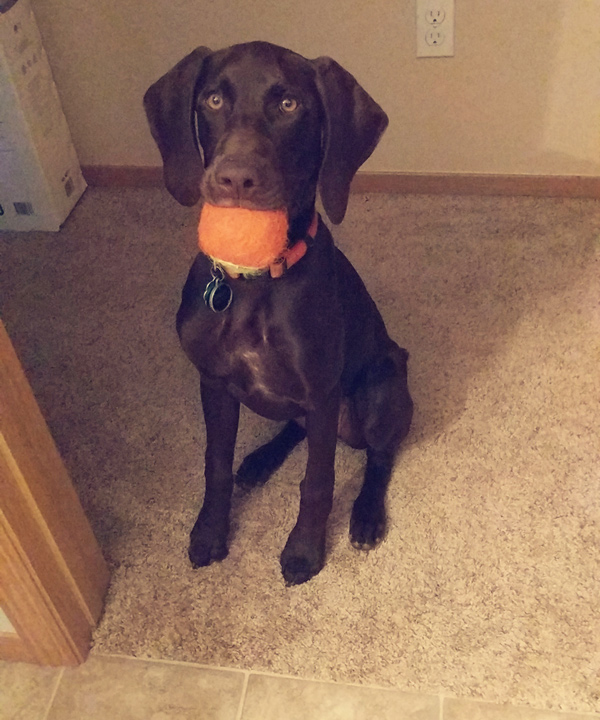 Finley is a 9 month old German Shorthair puppy who was brought in one weekend in December 2017 for vomiting and a painful abdomen. We took x-rays and found gas and fluid in the stomach and intestines, but we couldn’t confirm nor deny that there was any foreign material in the GI tract. The doctor decided to hospitalize Finley, start her on IV Fluids, and recheck x-rays later on in the day if she was not improving.

Despite being on medications and fluids, Finley continued to vomit. The doctor recommended rechecking x-rays and doing an abdominal ultrasound. The x-rays and ultrasound showed that the stomach was still enlarged and that foreign material was suspected within the stomach. Finley needed surgery.

Upon opening Finley’s abdomen and stomach, the doctor found a hard plastic shard and a piece of fabric that was causing a blockage between her stomach and intestine. This was the culprit of her vomiting and painful abdomen. Finley recovered well after surgery and remained hospitalized at the clinic for the remainder of the weekend. She transferred to her regular vet Monday morning where she was later sent home. She is now doing well at home with her family!