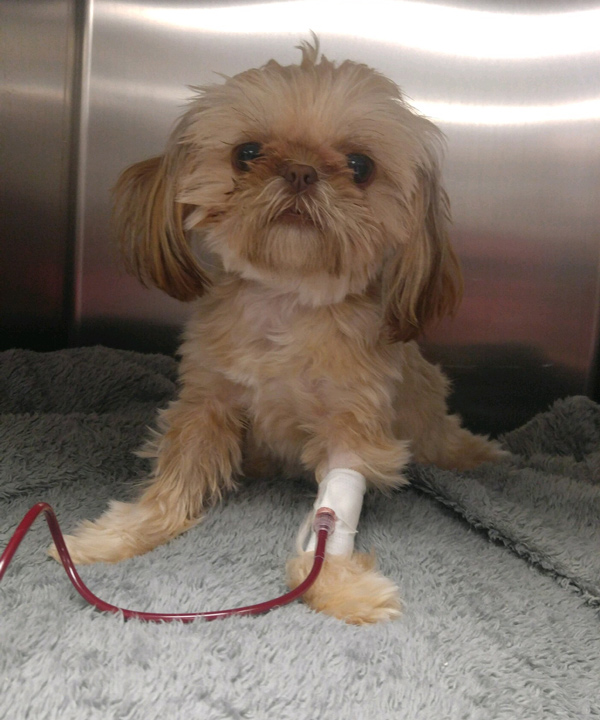 Cinnamon Roll came to RRAEH very ill after ingesting two pennies. Zinc in pennies can cause the body to react in an extremely negative manor. It can cause a variety of symptoms such as pale gums, weakness, lack of appetite, discolored urine, and anemia. These symptoms indicate damage to the red blood cells. Cinnamon Roll’s red blood cell count was very low and she needed to have two things to save her life; 1.) She needed to undergo a blood transfusion to help stabilize her, and 2.) The pennies needed to be removed as soon as possible!

First things first, Cinnamon Roll received a packed red blood cell transfusion from one of RRAEH’s Blood Bank donors, Hank (pictured below)! After she had received the blood transfusion, an endoscopy was performed to remove both pennies. Throughout the night, Cinnamon Roll began to improve and her bloodwork began to stabilize. The following day she was able to be discharged.