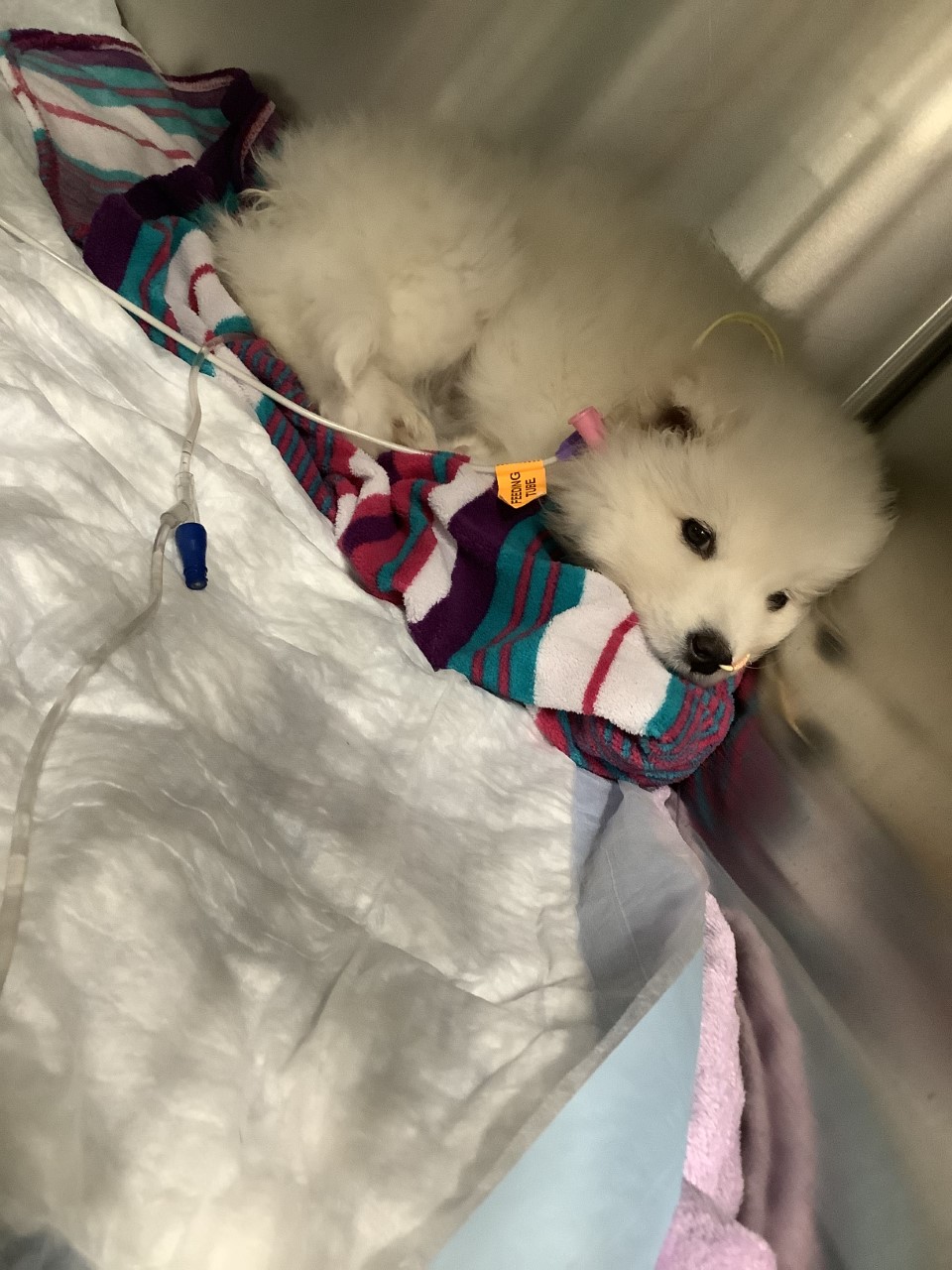 Aspen was a 2 month old Samoyed puppy who presented to RRAEH this April as a transfer case. She had a history of lethargy, vomiting, and diarrhea and had suspicious-looking x-rays. During examination she was found to be febrile, hypoglycemic (low blood sugar), and dehydrated. An ultrasound later confirmed suspicions of intussusception. Intussusception is where one part of the intestine essentially telescopes into another adjacent part of the intestine. This can happen in animals having persistent diarrhea and can be painful and life threatening.

Aspen’s family consulted with her emergency doctor and they ultimately decided to go forward with emergency surgery to repair her intestines. After stabilization, she was taken into our surgery suite where it was later discovered she actually had 2 areas of intussusception and one area had to be resected, or removed, due to dying tissue found. During her 3 day hospital stay, she was treated with medications for pain control, prevention of infection, blood sugar support, anti-nausea, and stomach protection. She also had a feeding tube for nutrient supplementation.

Aspen stole hearts with her tiny teddy bear appearance and sweet face. On Aspen’s discharge day she was eating readily and acting more like a happy puppy again. She continued healing at home with oral medications and made a full recovery. <3 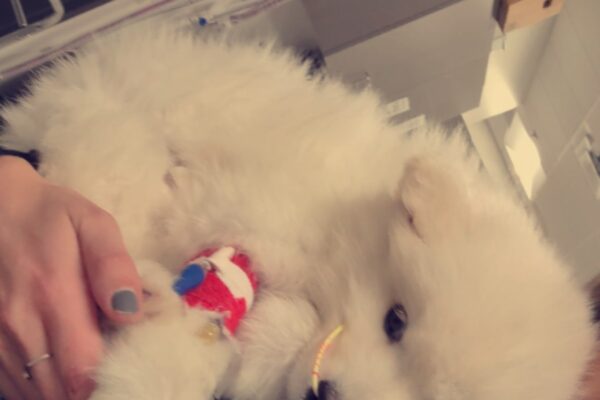 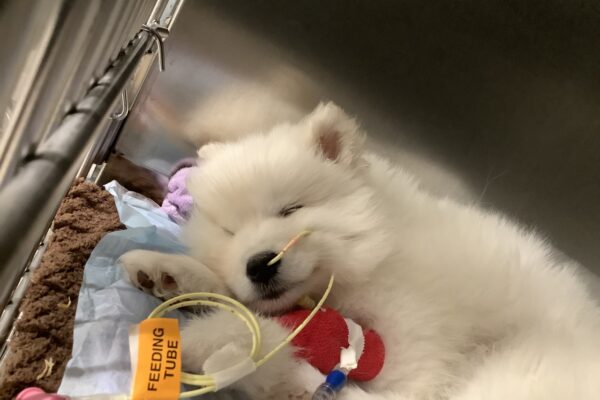 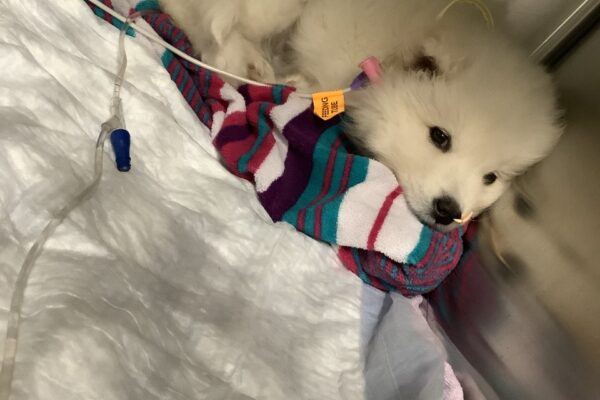