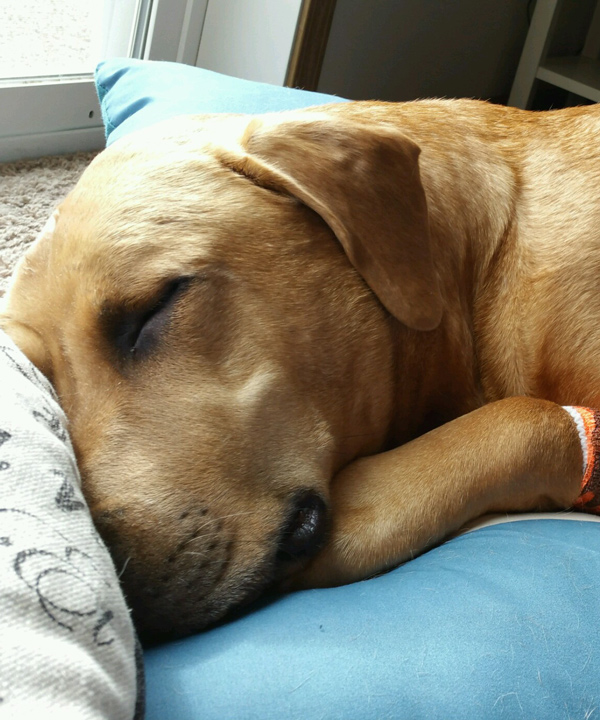 Remington was seen at RRAEC in early 2016 because he was limping and had
some swelling in one of his legs. He had also stopped eating after a week of a waxing and waning appetite. His owner noticed he had also been drinking more water the past 3-4 days.

Remington was not on flea/tick preventative and tested positive for Lyme antibodies. His blood tests also showed that he had thrombocytopenia, meaning he had low platelets in his blood causing a decreased clotting ability. The diagnosis for Remington was Lyme nephritis, a condition in which Lyme disease attacks the kidneys. The doctors were not optimistic that he would recover from this. We called a criticalist and spoke with her and she told us that 90% of the cases she sees do not survive.

Remington was hospitalized and put on IV fluids and medications. He wasn’t eating on his own, so he had a feeding tube placed. He stayed at our hospital for 4 days and then went home with his owner. When we heard from his mom a few months later, she told us Remington was doing great! He is a survivor, a rare 10%!