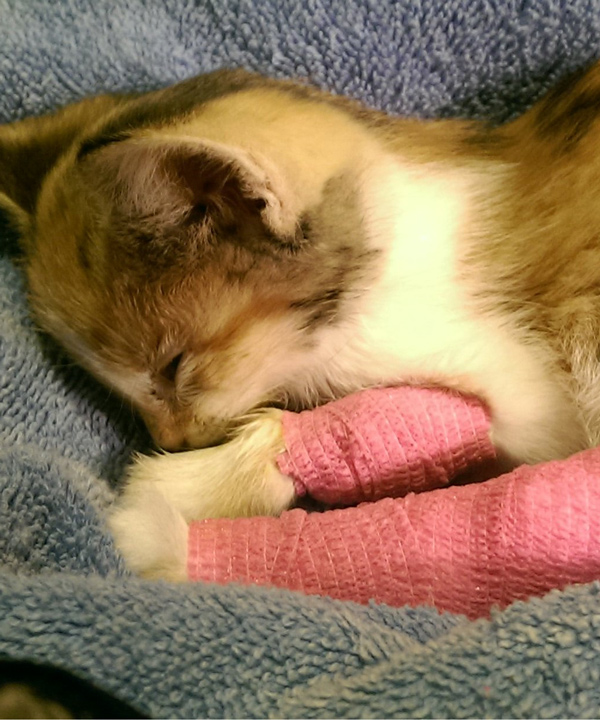 Zappa was seen at RRAEC in 2014 because she was lethargic and having trouble breathing. By the time we saw her, two other kittens in her litter had passed away and Zappa was very sick; she was dehydrated, and had a low temperature and low blood sugar. She stayed at our clinic for a few days and received IV fluids and medications. We did some more diagnostic tests to figure out what was going on. We found that Zappa had two different kinds of parasites in her stool sample, so we began treatment for those as well. Eventually, after regular feedings, fluids, medications, and warming her up, Zappa was doing well enough to go home. She still had a ways to recover. We are happy to say that a few days later Zappa’s owner called to let us know she was doing well and becoming the feisty kitten shewas meant to be!