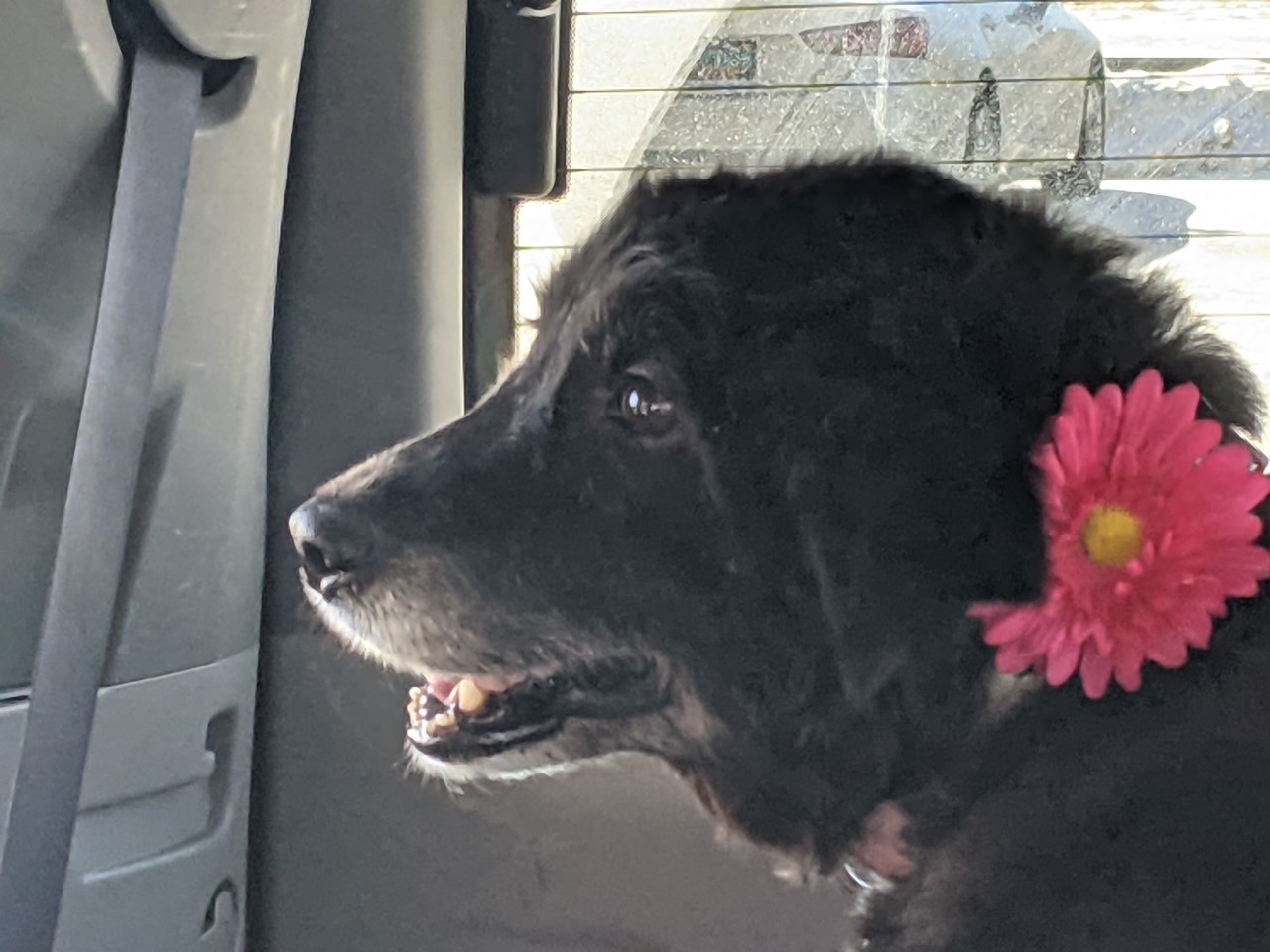 Gigi (aka Gigalicious or Pretty Girl) is a 3-legged 9 year old dog who presented to us at the end of November 2020 for numerous, severe dog bite wounds. Due to the vastness of Gigi’s wounds, the doctors on her case and her owners decided it was best to hospitalize her so that she had the best possible outcome and 24/7 nursing care. She also was going to require daily wound cleaning and bandage changes to save her only front leg.

While hospitalized we were able to manage her pain with multiple pain medications and basic physical therapy exercises as she was not able to walk or stand. We also gave multiple IV antibiotics and sent out a wound culture test to a lab to figure out what kind of bacteria she had in her wounds. We found that she had an antibiotic-resistant bacteria present and needed a special antibiotic to fight the worsening infection. After this was started, she started showing more improvement in her symptoms (fever, not eating, lethargy). Another procedure we did during her stay was place a central IV line. This is a type of IV catheter that goes into a large blood vessel and allows us to give multiple IV fluids at a time and give us easy access to blood samples.

After over a week of hospitalization, Gigi was ready to start oral medications and she was building her strength back and walking more on her own. A few days later, she was discharged from our hospital. Although Gigi could heal from home now, her recovery was still not over yet. Gigi needed numerous bandage changes. Midway into January of this year, our doctors determined her front leg had healed properly and did not need any further bandages!

Gigi is now back to enjoying the good life and car rides. We’re so happy you got your spunk back Gigi!